Sitting outside of the equestrian arena, Billy Ray Thunder held out his right hand and attempted to stretch his fingers. The middle finger was gnarled in a permanent bend, and the one next to it was broken and swollen, cocked in an unnatural state. Thunder wrapped a piece of white medical tape around the two disfigured fingers, hoping they would function well enough to endure the impending eight-second ride.

While the appearance of his fingers was enough to make most people cringe, Thunder didn’t seem to give it much thought. A professional cowboy, he has suffered more gruesome injuries through the years. A broken foot, shoulder and eye socket to name a few.

Thunder got on his first bull in Atlanta about 30 years ago as a bet with his brother and stayed on for six seconds before getting knocked off, an impressive feat for a first-timer. Afterward people asked him whether he had ever considered becoming a professional bull rider. “Uh, not really,” Thunder recalled thinking.

Thunder had just gotten out of the Navy at that time, and though his brother had been riding bulls for awhile, he never thought about getting on one himself. He was a young black man from Akron, Ohio, whose real name is William Ray Higginbottom. Bull riding was not on his radar.

But after that first ride, Thunder was hooked. The adrenaline rush he got while on the back of that 2,000-pound bucking bull could not be duplicated, and he yearned for more. Thunder joined the professional circuit and began touring the country as part of the Professional Rodeo Cowboys Association and International Professional Rodeo Association.

On this day, Thunder and his sons were among the dozens of cowboys and cowgirls who flocked to The Show Place Arena and Prince George’s Equestrian Center in Upper Marlboro, Md., for the Bill Pickett Invitational Rodeo.

The rodeo is named for Bill Pickett, who was born to a former slave in Taylor, Texas, in 1870. Pickett quit school in the fifth grade and worked as a ranch hand before touring the nation as a Wild West performer. Pickett invented bulldogging, a rodeo event during which a horse-mounted cowboy chases down a steer, leaps from his horse and wrestles the steer to the ground, all in a matter of seconds.

One of the goals of the Bill Pickett Invitational Rodeo is to raise awareness of the role that black people played in the development of the West. The rodeo’s promoter and producer, Lu Vanson, created the rodeo in the 1980s after visiting the Black American West Museum in Denver.

“I’m trying to promote the culture of the black West,” Vanson said on his Website. “A lot of people can’t relate to the pyramids in Africa. I believe a lot of us can better relate to the black Americans who were part of developing this country.”

For Darin Coleman, 46, a Fort Washington, Md., resident, the fact that the Bill Pickett Invitational Rodeo is an all-black rodeo makes it special. “It means a little more because a lot of black children don’t think there’s black cowboys,” Coleman said as he prepared to participate in the rodeo’s grand entry and compete in the relay race. “You look at a western, you may see Sidney Poitier or Danny Glover, that’s it.” 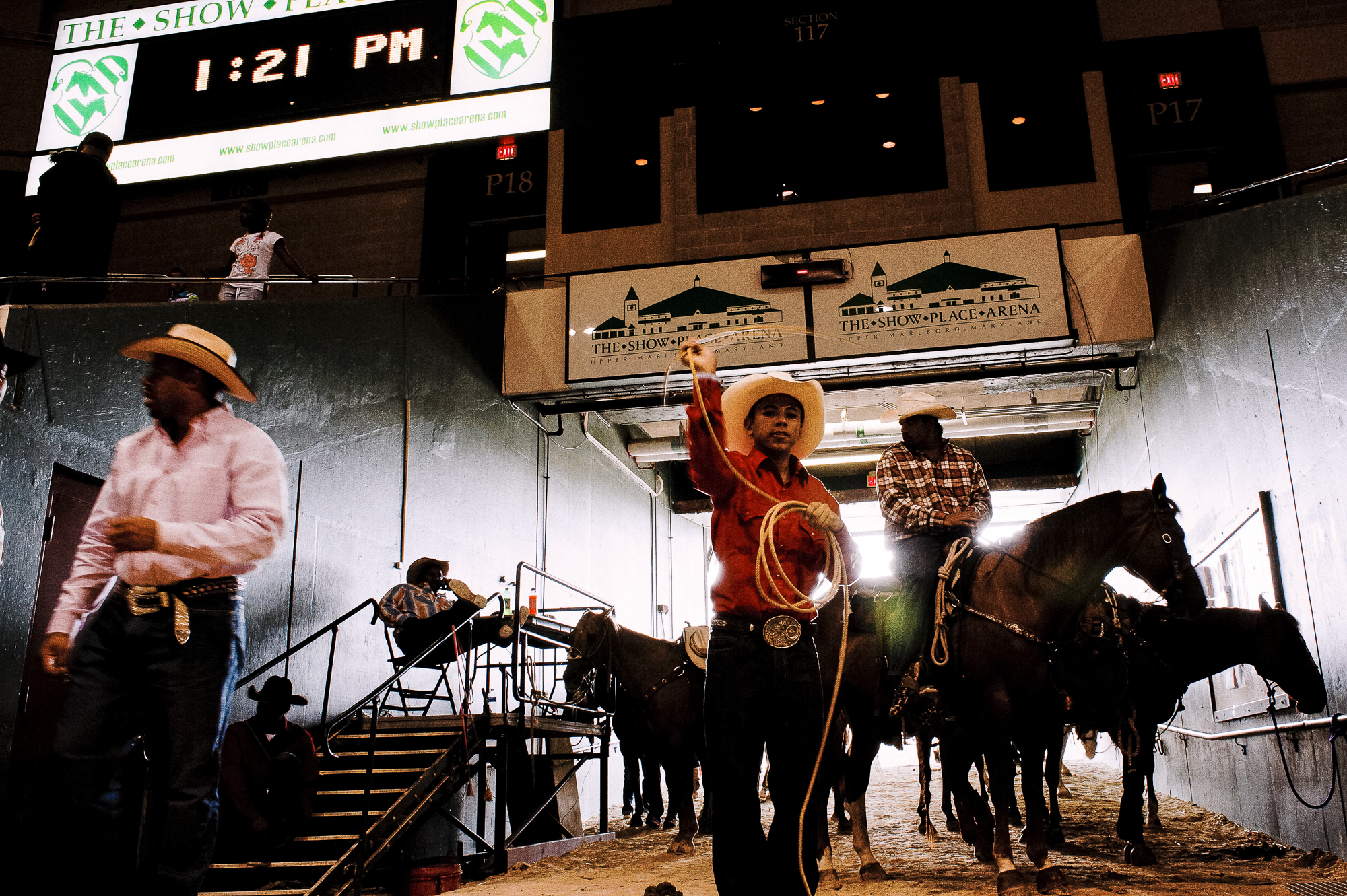 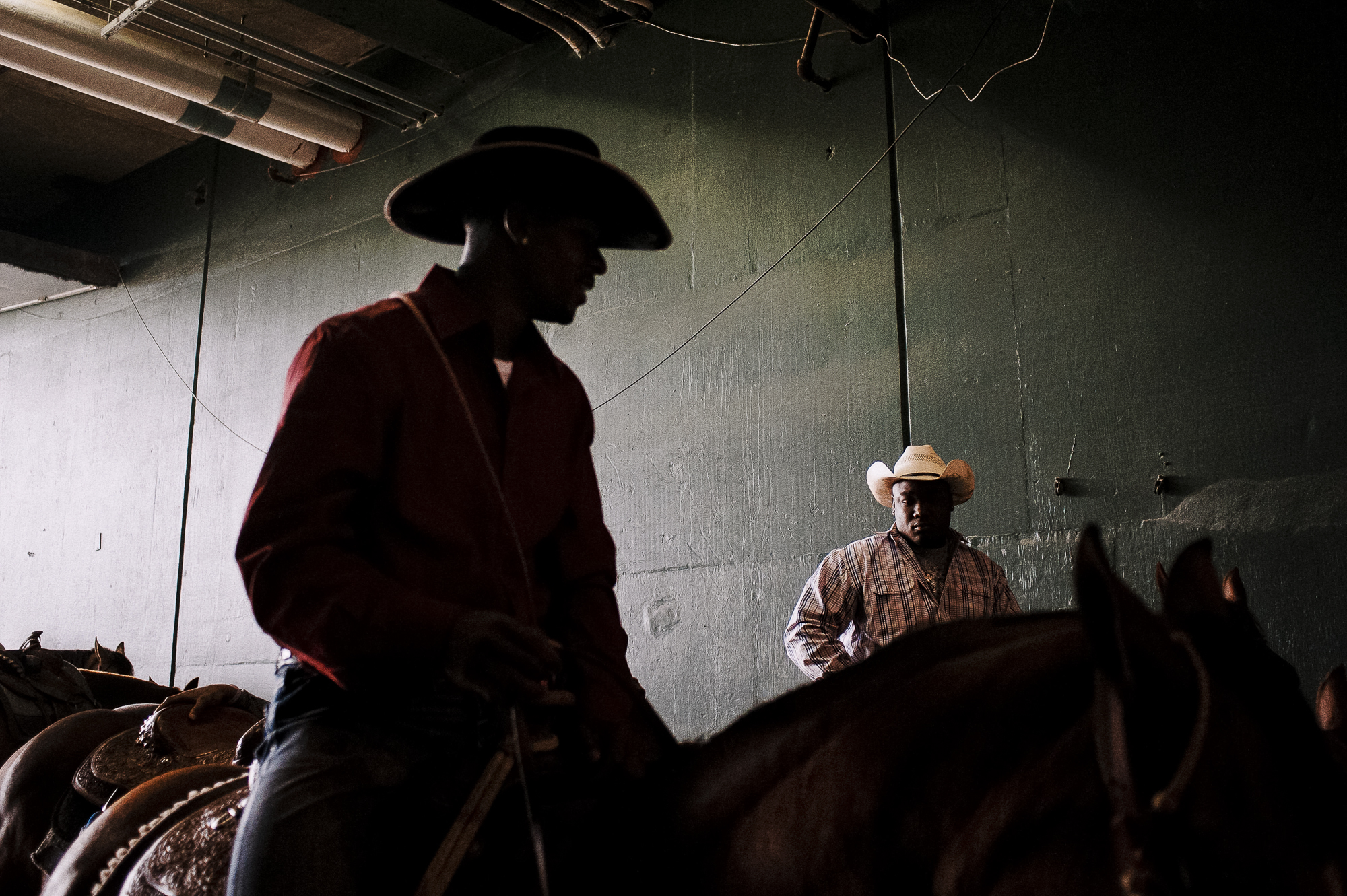 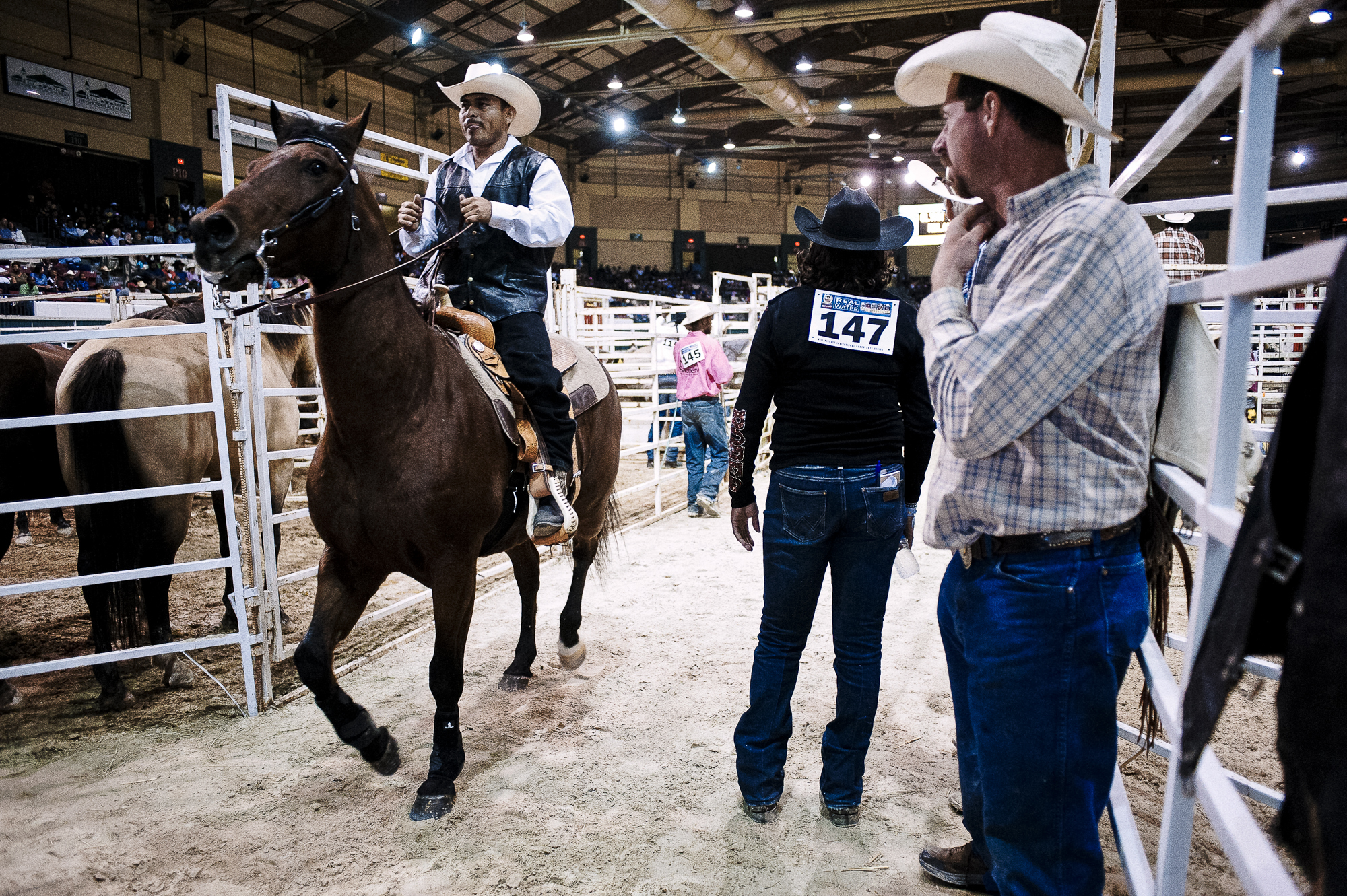 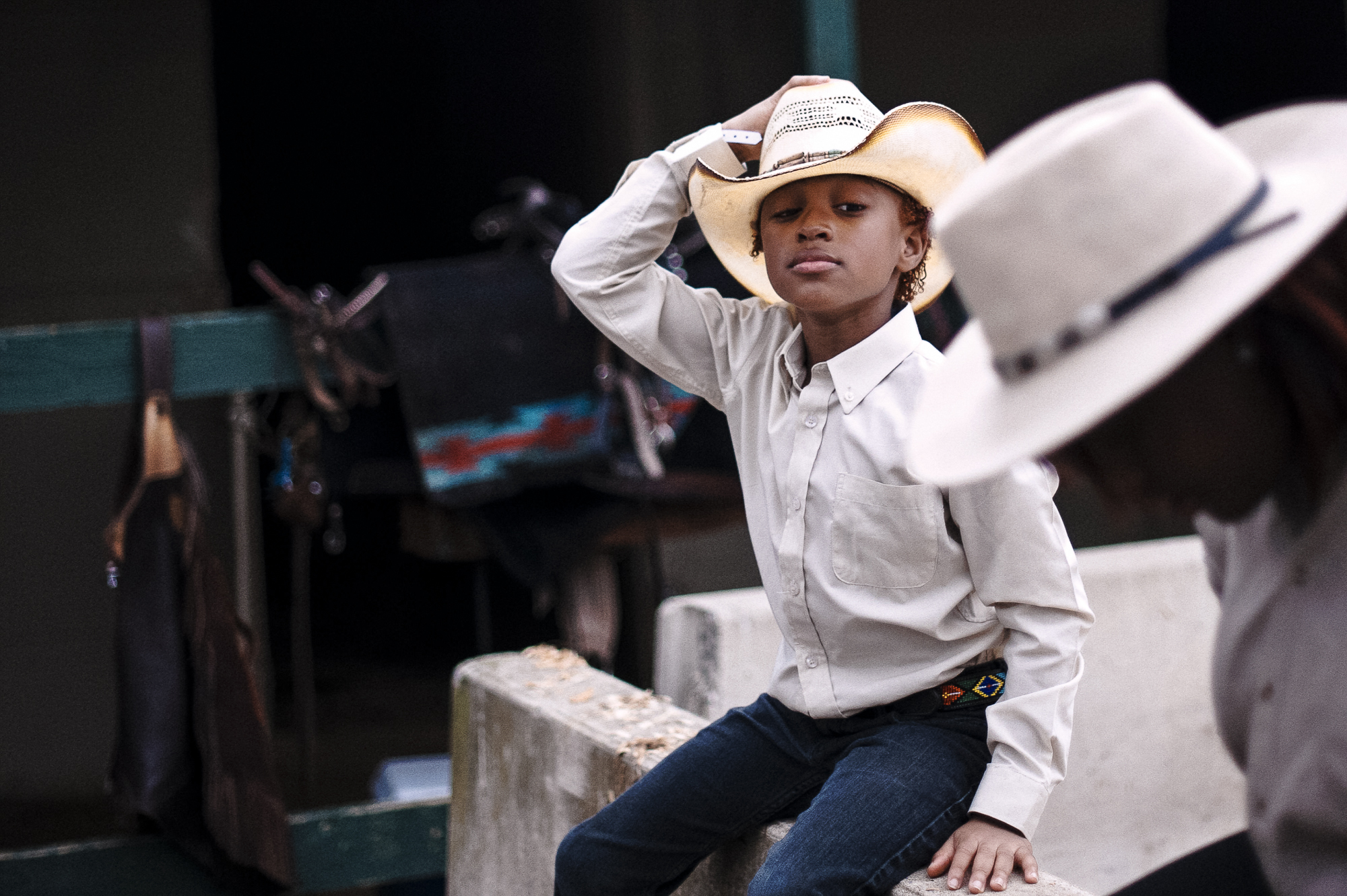 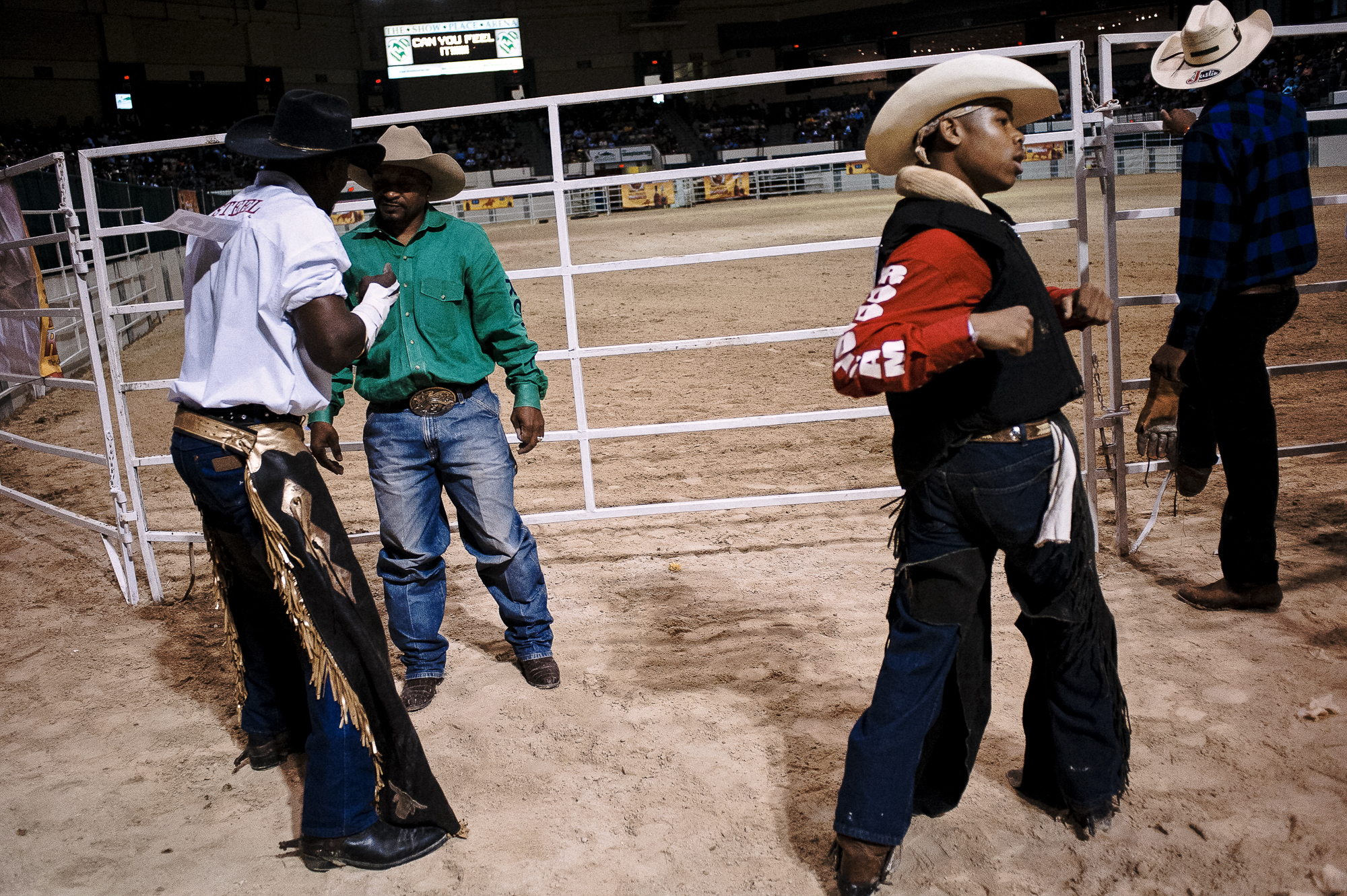 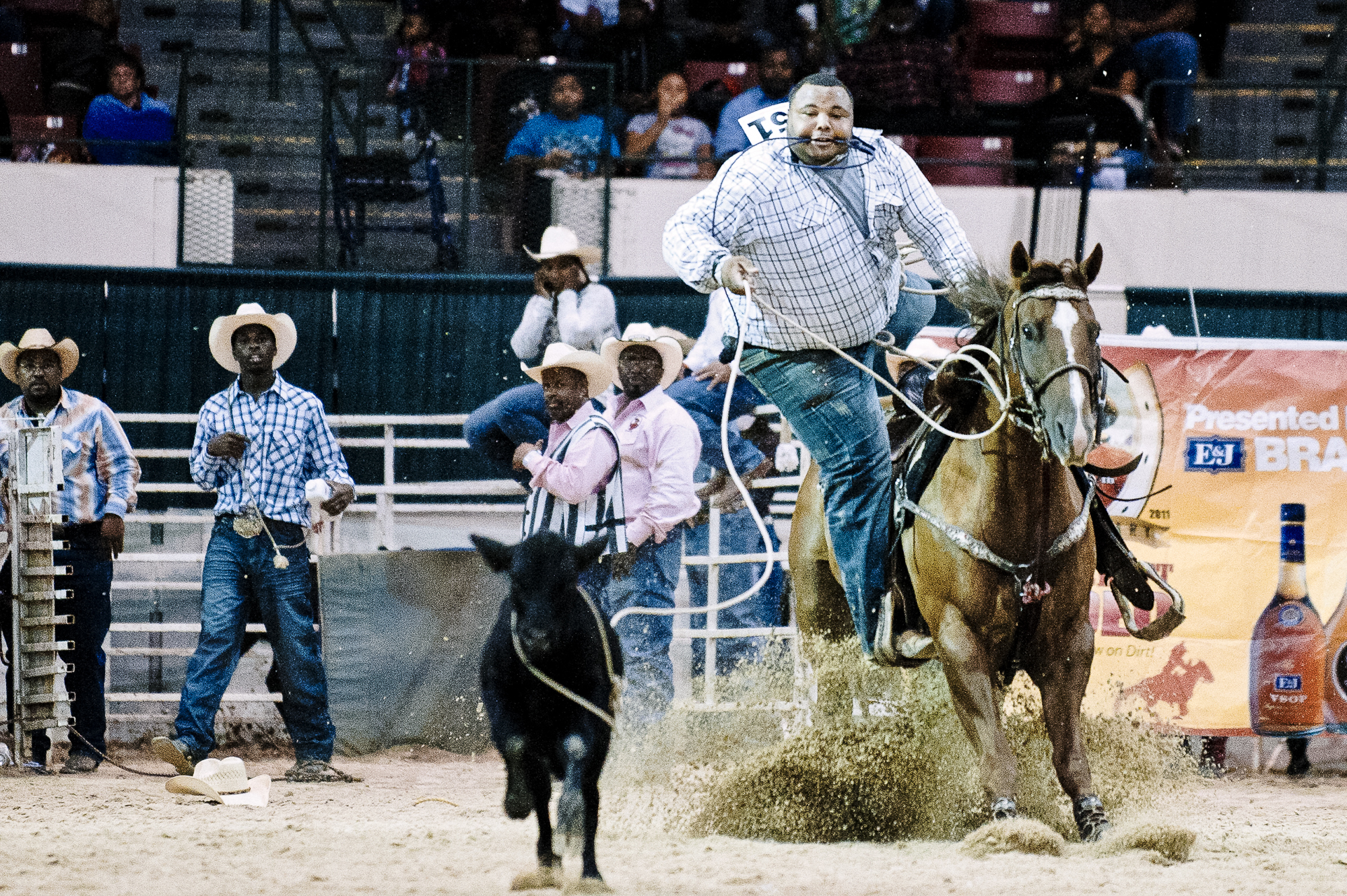 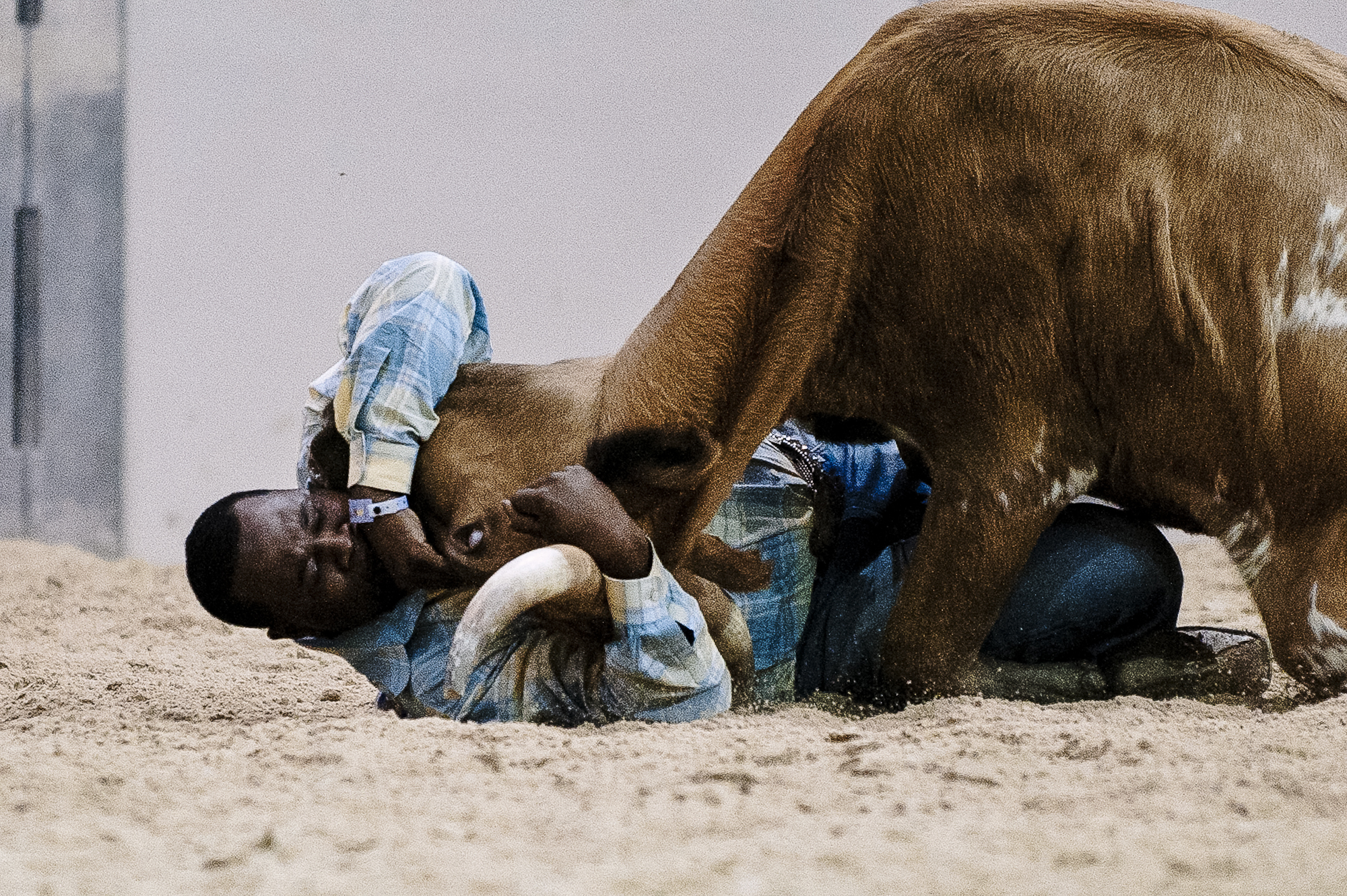 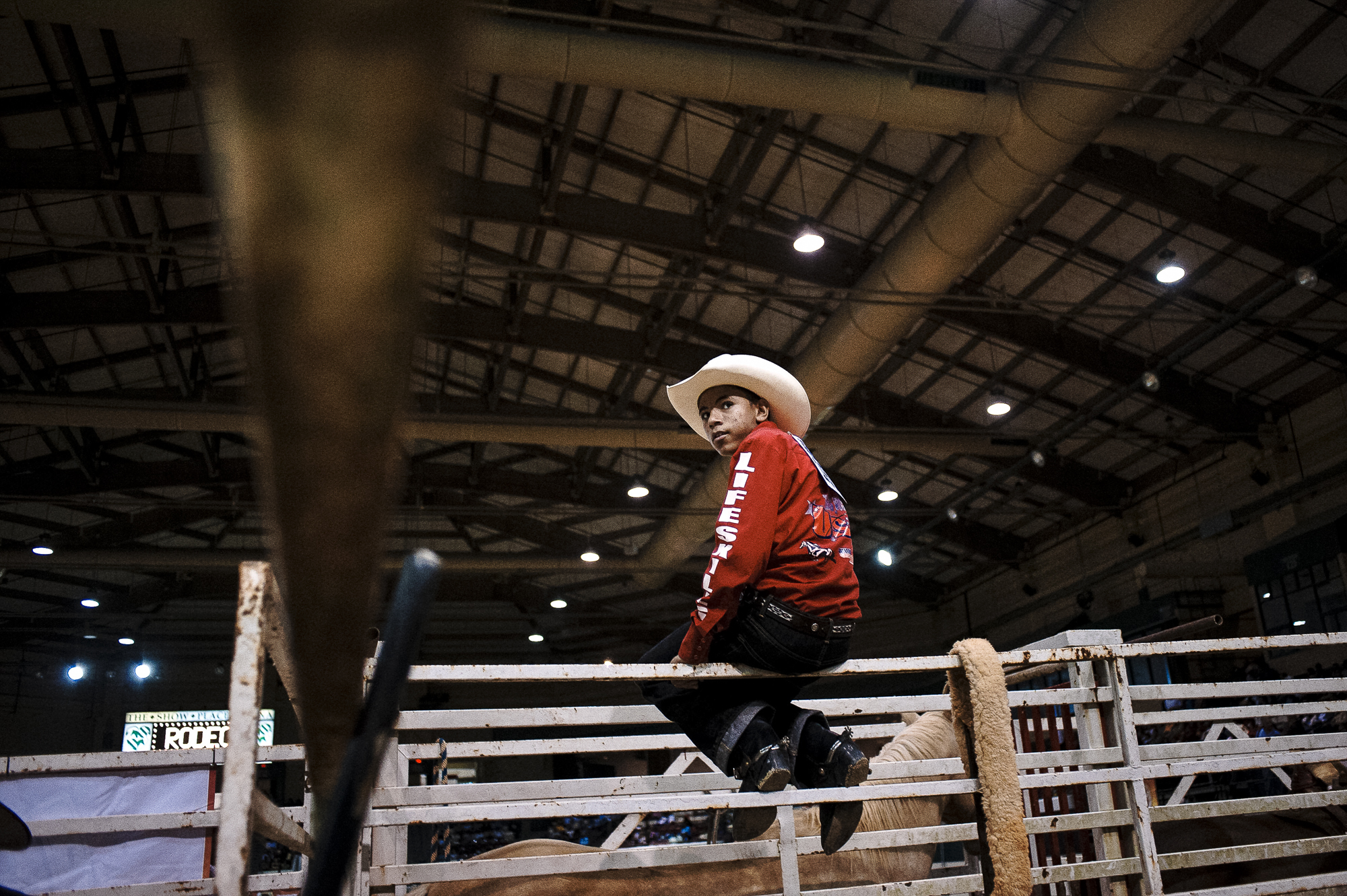 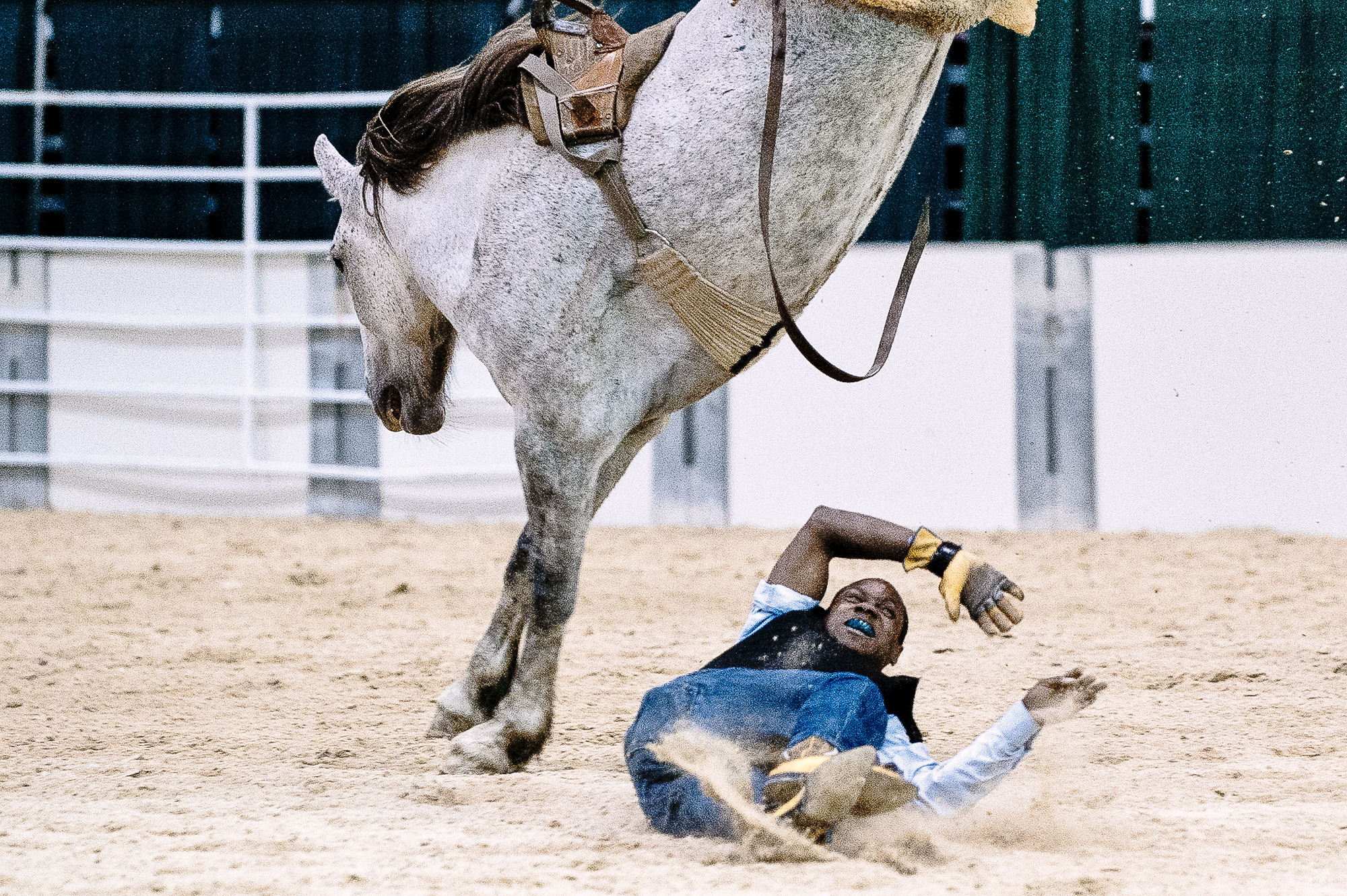 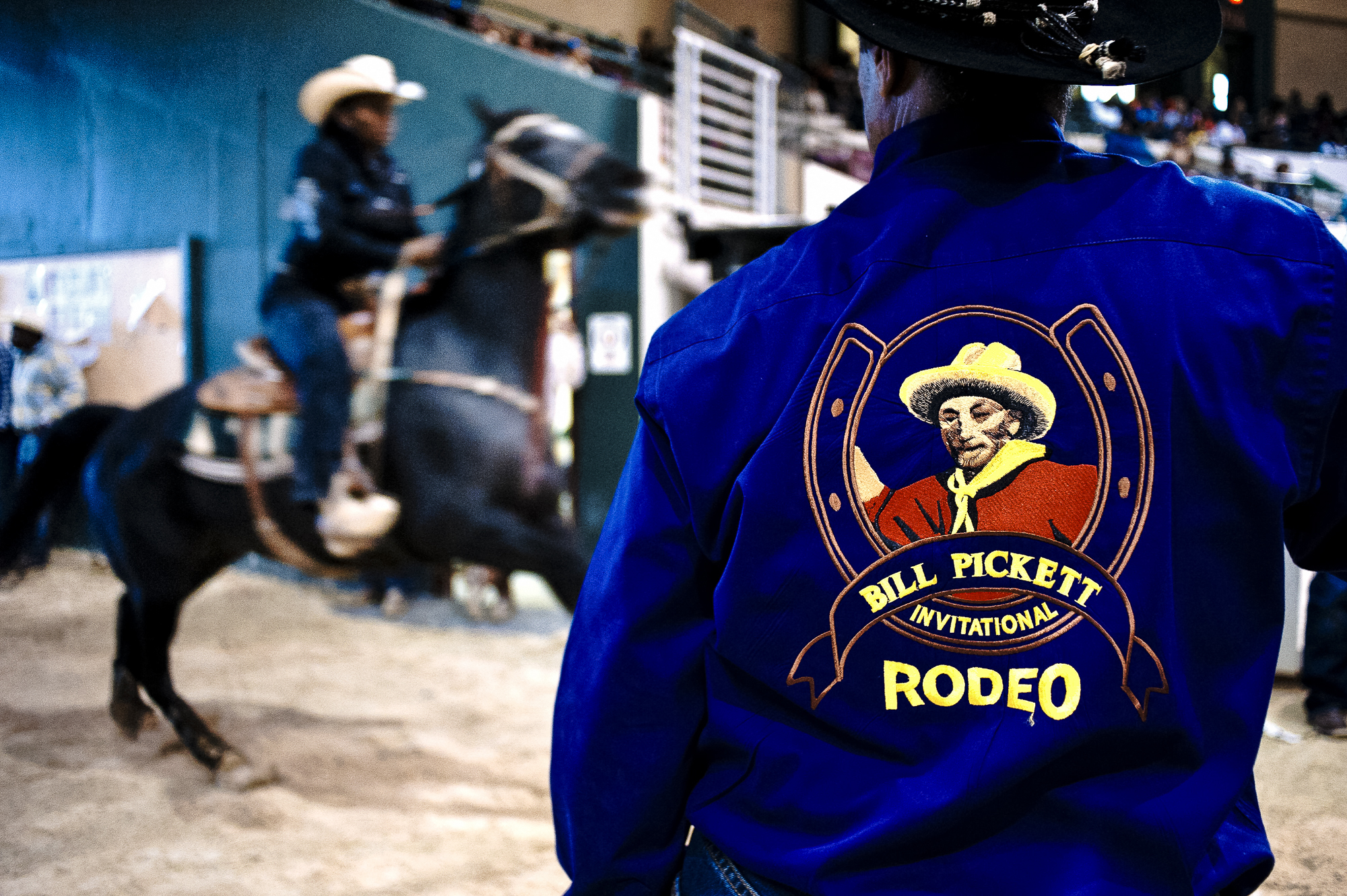 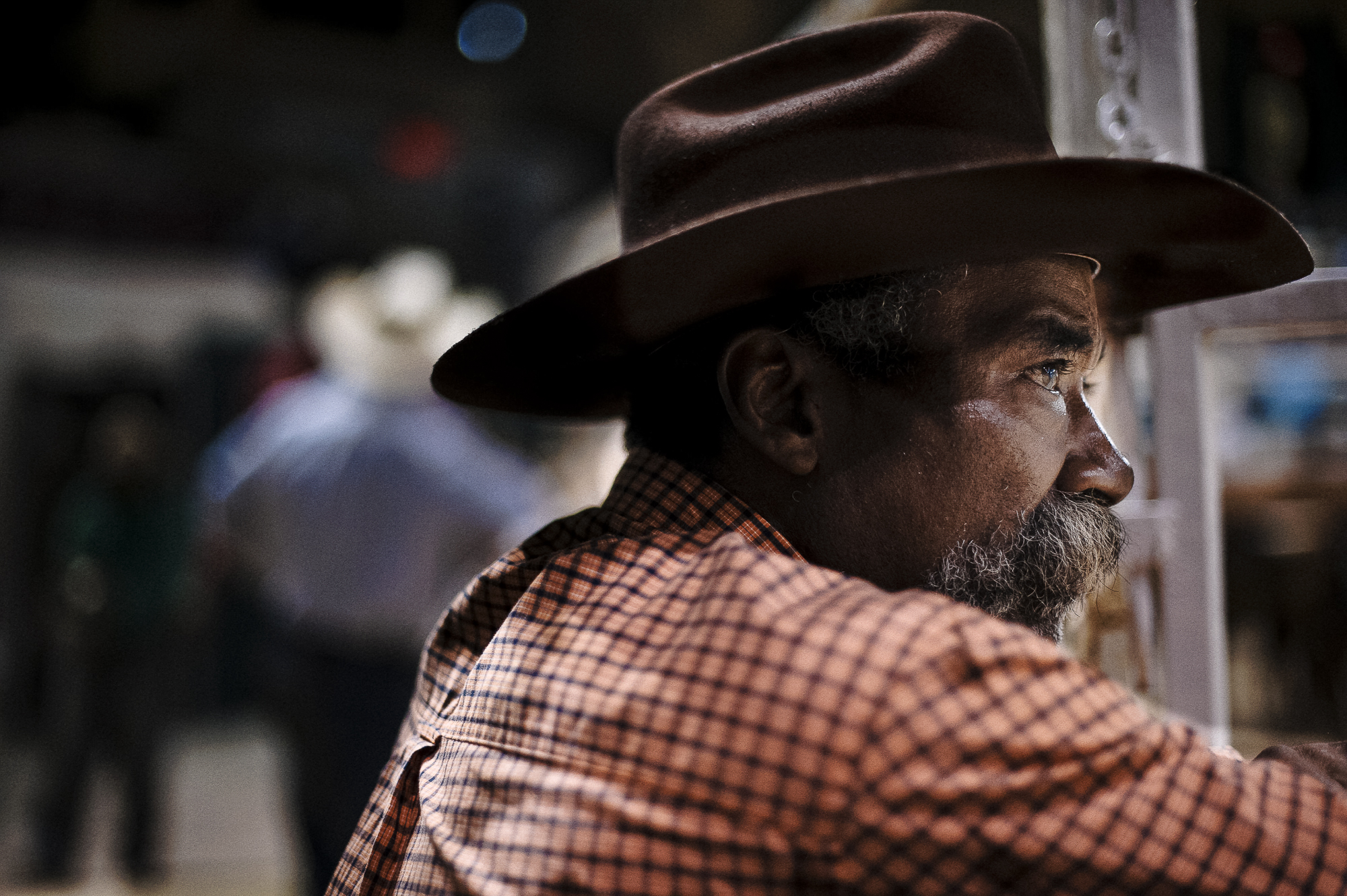 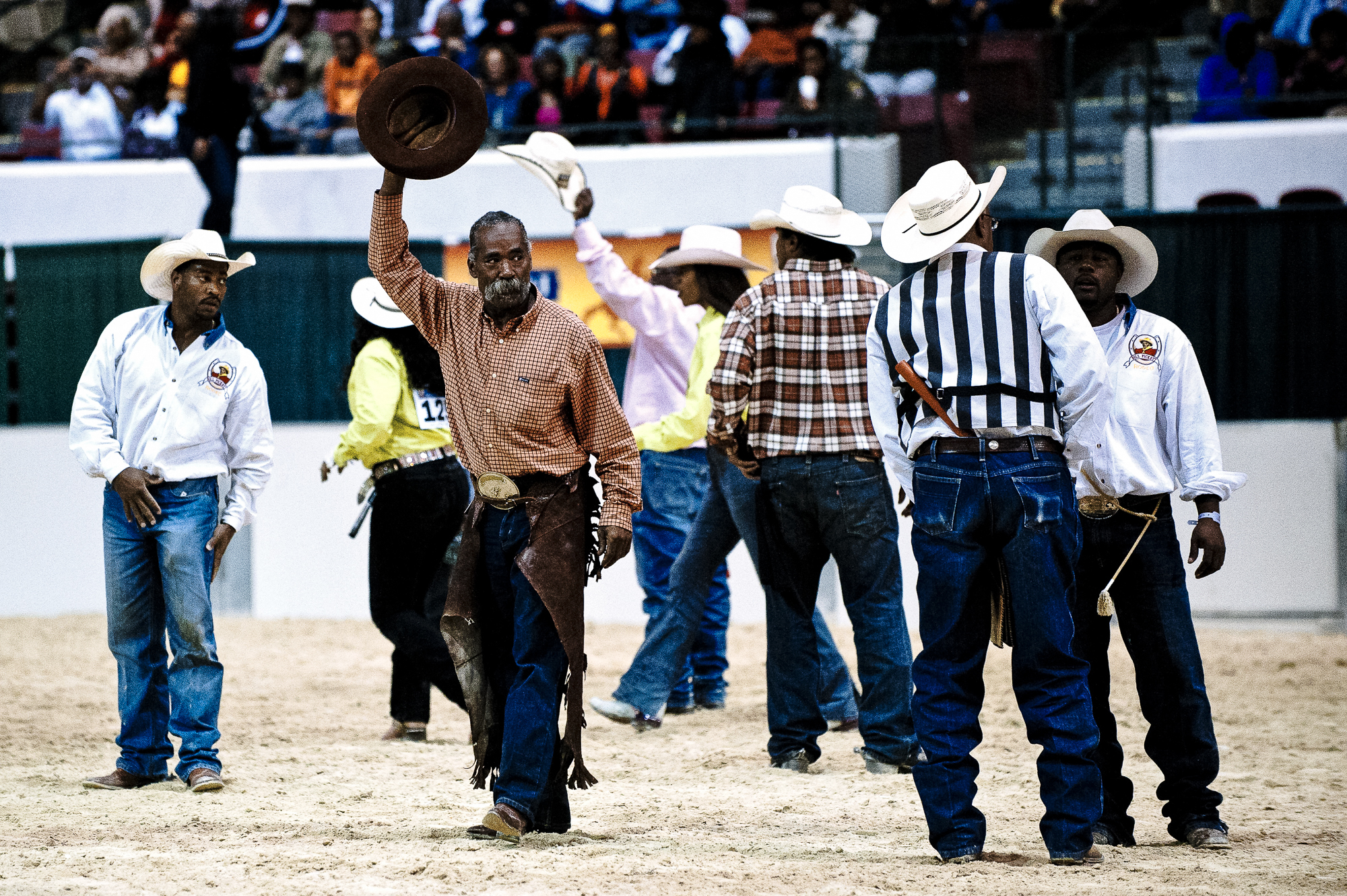 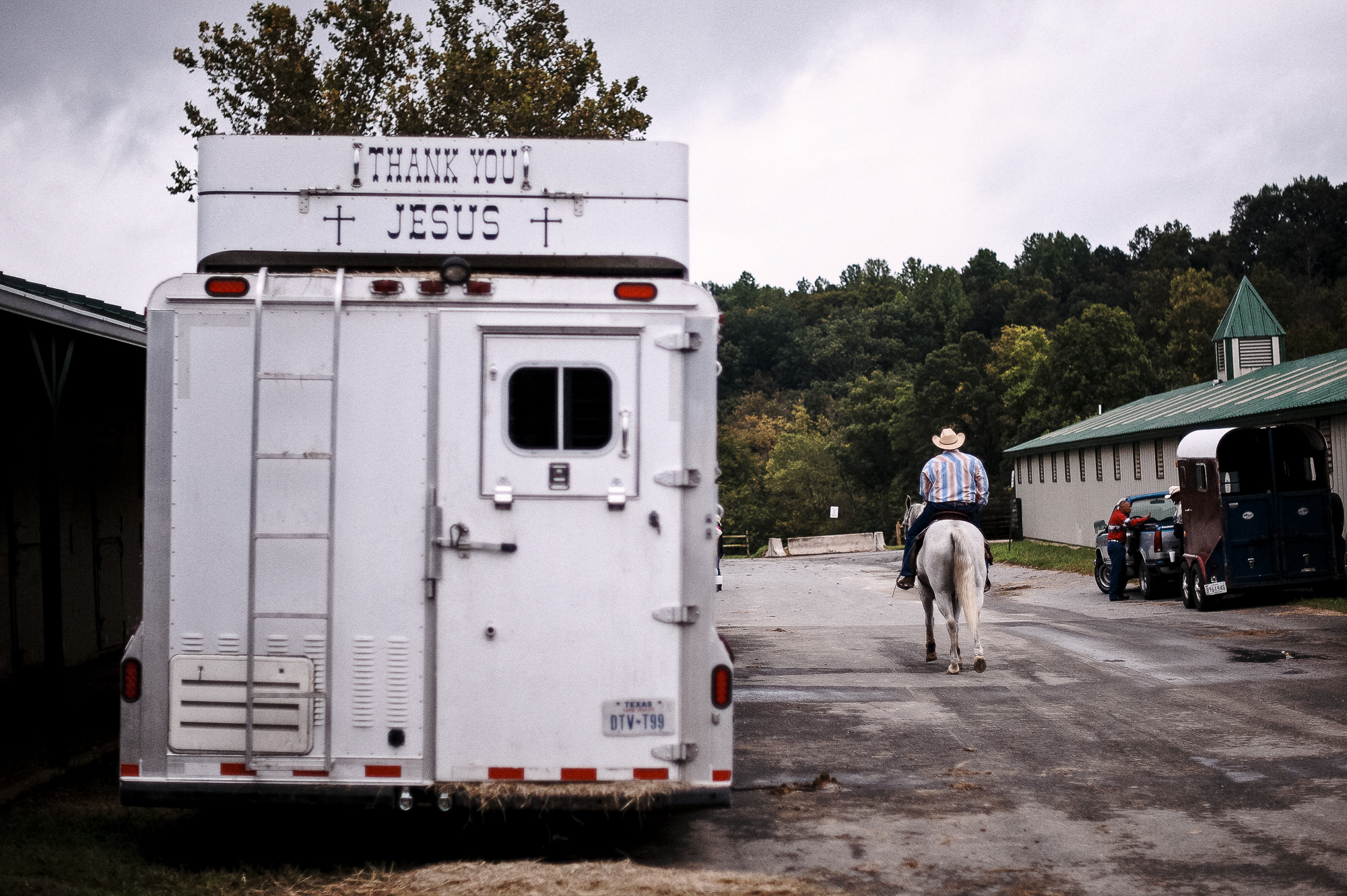 With R&B music pulsating from the sound system, more than a dozen horse-mounted cowboys and cowgirls gathered near the center’s back gate. As the riders prepared for the grand entry, the announcer boomed, “We salute our black American cowboys and cowgirls. We’re dominating in professional football, basketball and baseball. We’re on the rise in professional rodeo, too.”

Nearly all of the arena’s available seats were filled. The crowd included families with small children, women in sequin shirts and men in cowboy hats. Like nearly all of the participants, most everyone in the audience was black.

Once all of the riders were in position, the announcer directed the audience’s attention to the arena floor. “Right now we’re going down to the gate, and we’re going to get it on!”

“Lift evr’y voice and sing, till earth and heaven ring.”

Wearing a button-down shirt that was more business than cowboy, Joseph Gethers, 28, of Washington, D.C., sat off to the side and adjusted his boots. Gethers was participating in the rodeo for the first time, and he was about to climb aboard a bucking bronco in one of the most dangerous events in the sport.

For more information about the Bill Pickett Rodeo, please go to www.billpickettrodeo.com.

“I work in procurement at Howard University Hospital, but this is a dream of mine,” Gethers said. “It gives me a chance to show other kids here that they can also think out of the box and be who they want to be. … If they see a young person out here following their dreams, that will help them follow their’s, to get out of D.C. and broaden their horizons.”

One after one, the men took their turns against the bucking broncs. Gethers stayed on for just a second before being thrown to the arena’s dirt floor. Others met a similar fate.

Thunder was confident that he would meet the eight-second requirement. But when the shoot opened, the bronco thrashed violently up and down like a boat on rough seas causing Thunder’s mangled grip to slip. He stayed on for only a couple of seconds before being tossed.

Later near the arena gate, Thunder gave a disappointing smirk as he held up his hand. His tape-wrapped fingers resembled a claw. “I’ll get it next time,” he said.

Pete Marovich is a photojournalist based in the Washington D.C. metro area covering the White House and Capitol Hill. He is co-creator of American-Journal Magazine and serves as photo editor.

Jenny Jones is the editor and co-creator of American-Journal. She has more than 15 years of experience working for daily newspapers and monthly magazines. She is a freelance writer based in Virginia.
Please Tell Your Friends About American-Journal